Things to do in Chinchón

In Madrid there is a charming place, with beautiful landscapes and a lot  of historical tradition. This is Chinchón, the ideal destination to disconnect from Madrid (or elsewhere) that you will never forget.

Chinchón is a municipality located in the region of Las Vegas, in the southeast of the Community of Madrid. Geographically it is part of La Alcarria (not included administratively) and is located in the Tajo-Jarama basin.

It is currently part of the Association of the most beautiful towns in Spain, and there are many reasons for this! In its streets you will find more than one reason to visit it again and again. 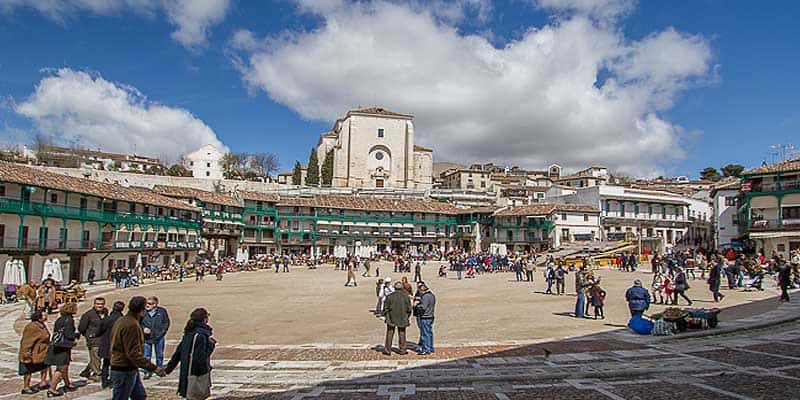 Chinchón in a day

One of its main attractions is the beautiful Plaza Mayor square. In 1974, its historic quarter was declared a Historic-Artistic Complex.

The first thing you should do is to stay in a place that is comfortable and centrally located. This time, I recommend you the Hotel Condesa de Chinchón, on calle de Los Huertos. Once you have made your reservation, we will go to our first place of interest.

As you can see, there are many things to visit in Chinchón. It is a very touristic place.

Follow me, ilutraveler! Discover with me this “very noble and loyal town”. It received this title during the War of Independence, in 1738.

To get to the Hermitage of San Roque you only have to walk a few steps away from the hotel. Then, you will be able to see the site where the building is located.

It is a great example of the 16th century baroque architecture. The construction, commonly attributed to Juan de Vergara, is modelled on the hermitage of Nuestra Señora de la Misericordia, also in Chinchón.

This temple has, as its historical backdrop, an episode of the Black Death in the town, at the end of the Middle Ages. For this reason, the locals chose the patron saint of San Roque, protector against epidemics. 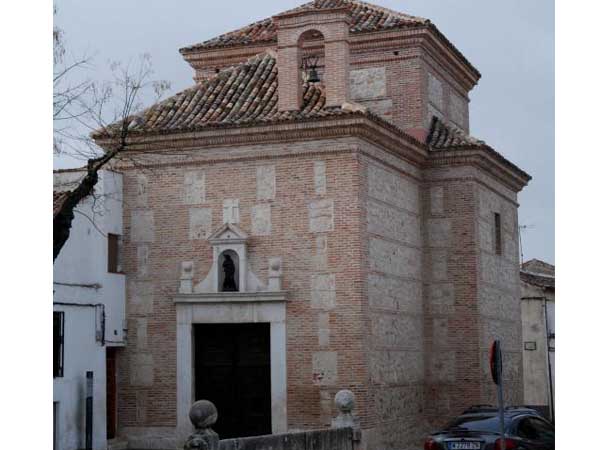 Inside, two altarpieces stand out from the rest: The main one, dedicated to the saint, with a wood carving dating from 1716. The other belongs to Nuestra Señora de Gracia. The most striking piece is the painting of “La Asunción de la Virgen”, by Francisco de Goya y Lucientes.

You have to photograph the banner embroidered in gold and silver. It is dazzling.

Castle of the Counts

The Castle of Chinchón is one of the most important buildings in the city, which you will reach from the Hermitage of San Roque, going down Calle de Abapies. The history behind the Castle of the Counts of Chinchón dates back to the 16th century, when Enrique IV of Castile gave it to the Cabrera family, which is the one that owns the County of Chinchón.

What stands out most about the castle, apart from its architectural wealth and its history, is the famous Mirador. You a going to see a great panoramic view of Chinchón . If you look closely, you will even see the Plaza Mayor of Chinchón. 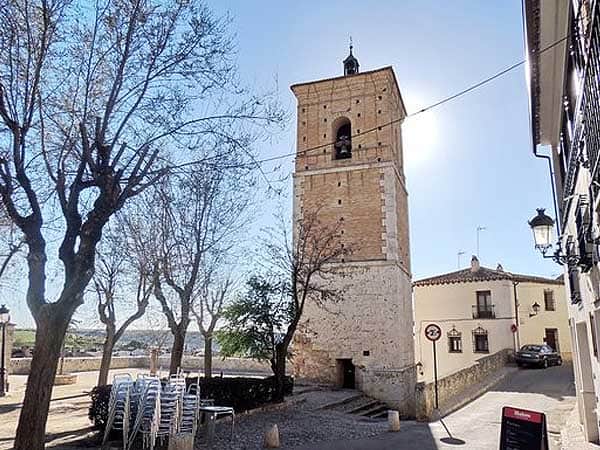 To get to our next place of interest we will go to the calle de la Cerca. There, we will find the Torre del Reloj built in 1727.

This apparently solitary structure was attached to an important 15th century building: the Church of Nuestra Señora de Gracia. The tower was destroyed in 1808by Napoleonic troops and was not restored until 1856.

If you go up  to the highest part, you will admire the beautiful view of the city and its streets – It’s perfect for taking great photos!

Just below the tower is the Mirador de la Iglesia. Here is where you will get a better perspective of the historic streets and landscapes. You can even see the statue of Francisca Enriquez, viceroy of Peru. It is fascinating.

But let’s move on, we still have several places to visit.

A short distance from the Mirador, at calle de Don Florencio, 3, is the Church of Nuestra Señora de la Asunción. It is a gothic style building. The original design was by Alonso de Covarrubias.

Construction began in 1534 and concluded in 1626, since the works were paralysed for almost fifty years.

In 1808 the church suffered a fire, so it was not rebuilt until twenty years later. As the date of its destruction coincided with the fire at the Torre del Reloj, certain saying became popular: “Chinchón has a tower without a church and a church without a tower”.

If you have time, be sure to visit the Teatro Lope de Vega, just a few meters away. This is where the acclaimed playwright wrote several of his plays. The interior is astonishing, you will feel like you are in the Golden Age! 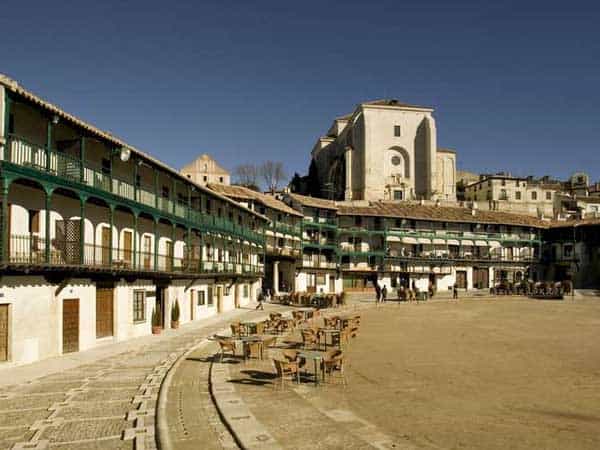 The Plaza Mayor is one of the most beautiful squares in the entire Community of Madrid. Dating back to the 15th century, it is of medieval origin and it’s beauty will surely dazzle you. It is close to the Town Hall and the Tourist Office.

The main centre of interest is the balconies, of which there are 231 in total! Throughout its history, it has been a meeting point for numerous activities: autos sacramentales, pilgrimages, fiestas and even as a bullring.

By the way, did you know that the first bullfight that took place here was in honour of Felipe el Hermoso? Just as you read it, how interesting!

he Medieval Market that takes place every year in the Plaza Mayor of Chinchón is very famous. If you go there at that time, I am sure you will love it.

Now, I will take you to a place that will make you feel like royalty. A Royal Parador awaits us.

To get to the Casa de la Cadena we must first go to calle de los Huertos, 1. This baroque-style building has a three-section façade, tuscan columns and a two-storey courtyard, typical of the time.

Its name comes from the chain it flaunts for having been the home of King Felipe V. It is the best preserved house of the period and a historic heritage of great value.

And, as I’m sure you’re hungry, we will go to a place where you’ll have a spectacular meal. It is a typical place, and I assure you it will be worth it.

The Restaurante Parador de Chinchón is the best alternative for enjoying the gastronomy of the area. You must try the suckling lamb, the carajillo and the tocinillo del cielo cream. You will want to come back again, I assure you! Besides, it is obviously the Parador de Turismo de Chinchón.

Now let’s get on with our tour. 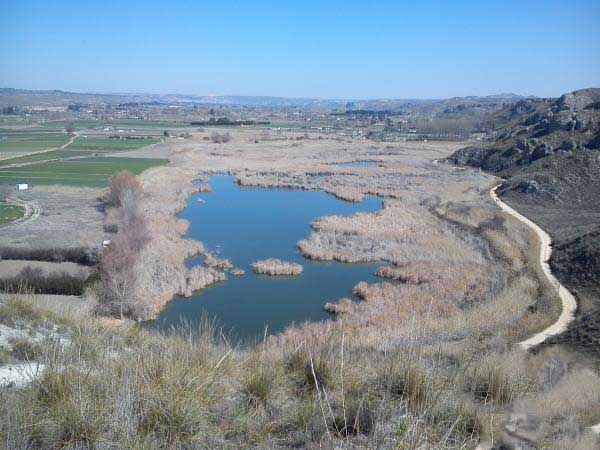 For this part of our route I suggest that you to go by car, since the distance to be covered is longer. First, we will go to Casasola Castle, on the banks of the river Tajuña, a fortification built in the 14th-15th centuries.

If you look closely, you will notice that it has a markedly defensive location. So much so that it is located far from the city, in the middle of the valley. This gave it a privileged view.

History tells that supporters of the coronation of Alfonso XII stayed here.

Our next point of interest, the Laguna de San Juan, is relatively close. This place has sites of great historical and archaeological value, such as El Salitral or the Risco de las Cuevas de Perales de Tajuña.

You can take a walk around the Cueva de la Mora’s cave and explore the surrounding area. You will like it.

Finally, we will visit two places that will surprise you. The first is the Ermita de la Cerca, in the street of the same name. It was built on one of the old gates that surrounded the city.

It occupies the place where the Puerta de la Concepción used to be. The church is consecrated to the Virgen de la Cerca, whose festivities are held on the last Sunday in August.

Nearby there is calle de la Cueva 50, where the Ermita de la Cueva hermitage is located, also linked to a Marian figure. The only difference is that its festivity takes place on the first Sunday in August.

And while you’re there, how about capturing an imageof the view to close your visit to Chinchón?

Map of the afternoon route

Other places of interest

This town awakens the curiosity and admiration of everyone who visits it. If you want to extend your sightseeing tour a little further, these monuments are a great option. Get ready for an unforgettable experience!

A must for hiking lovers and those who enjoy walking at the outdoors. This is where El Lute took refuge when he escaped from the Guardia Civil. Years ago, its waters were believed to be medicinal.

It was built in the 18th century and is currently used as a chapel for the cemetery. It is built in stone, which has contributed to its preservation.

It has various historical objects that allow us to recreate the life of the time. The most representative piece is a carving of the Christ Child, made of wood during the 17th century.

Around Chinchón Where to go?

Do you still want to see more of Chinchón? There are many places to go in the Community, near Chinchón. There are some places of interest that can make your visit to this area more complete.

The boom in tourism in Chinchón has meant that many people have also decided to take an interest in these small nearby towns that awaken the traveller within.

– On one hand, there is one of the most touristic cities of Madrid, a classic: Aranjuez, a city marked 100% by the influence of the Royal House.

– Colmenar de Oreja, it is a tradition to visit their wine cellar. You can visit the Bodegas Jesús Díaz e hijos.

– Ten minutes away by car, you can visit Villarejo de Salvanés and its famous castle.

– Beyond the famous Warner Park, you can visit San Martín de la Vega, a village of tradition. Famous is its Tierno Galván Park.

Farewell and closing of Chinchón

Have you noticed how beautiful Chinchón is? The truth is that its beauty is more than appreciable, and not because it is within the Association of the most beautiful villages in Spain, but because of the fact that every step you take through the Madrid municipality, you realize how much heritage it has. Every corner is a possible photo.

The Plaza Mayor of Chinchón, the Castle of Chinchón and the Teatro Lope de Vega are some of its most important elements. Chinchón behaved very well during the War of Succession and proof of this was everything that came after that.

Here is a map with all the points of interest in this municipality of Madrid.

If you need to consult this guide at any time, don’t hesitate to look for me as ilutravel in Chinchón, so you can consult at any given time the notes I wrote for you.

Oh, by the way, if I have been helpful, share the content in your favourite social network, so you help me to reach more people.

Finally, and if you intend to sleep in Chinchón, remember to book your accommodation in advance through Booking.com, it is the most important travel center.

Thank you for using ilutravel.

Sleep in Chinchón for 50€

TOURS IN CHINCHÓN
Tours since 7€ 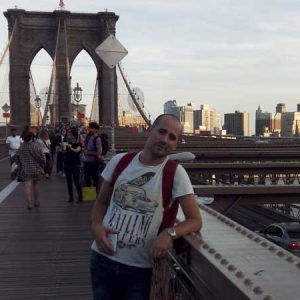